R on Clapp is the proud owner ofJB’s Roofing. Hailing from Nampa, Idaho, Ron was first introduced to the roofing industry as a commercial roofer based out of Cody, Wyoming. He later joined the army in 1986 and was trained as an LPN. After his stint in the army, Ron worked at the Elks Rehab Hospital in Boise, where he met his beautiful wife Melissa. He then was introduced to JB’s Roofing through his father-in-law, John Bullis, who founded the company in 1978. Ron began working for JB’s Roofing as an estimator in 1994 and purchased the business from John in 2012. As we all say, the rest is history!

Ron, along with his office manager, Dee Dee Peterson, manage a crew of fifteen employees serving Southwestern Idaho and Eastern Oregon. JB’s Roofing primary focus is residential reroof projects and PABCO® Roofing Products is their number one choice. Ron believes that “PABCO® has the best architectural shingle in the market.” A significant reason why Ron stays loyal to PABCO® Roofing is that the few times he has had any issues, “PABCO stood behind him and went above and beyond to solve the problem.”

JB’s Roofing shares many of the same values as PABCO Roofing Products and as such, JB’s Roofing relies on their honesty and integrity to drive customer satisfaction. Ron’s word is his bond and he always delivers on his promises. Ron is also very active in the Caldwell community and has dedicated a significant amount of time to coaching youth baseball programs in particular. Not only has Ron served as a coach for many youth within his community, but he has donated a significant amount time and materials to reroofing dugouts and rebuilding outfield walls. Additionally, he was on the committee to raise funds to install lights for the Vallivue High School baseball field. It is clear to see how committed Ron is practicing JB’s Roofing values during company hours and outside through community service. 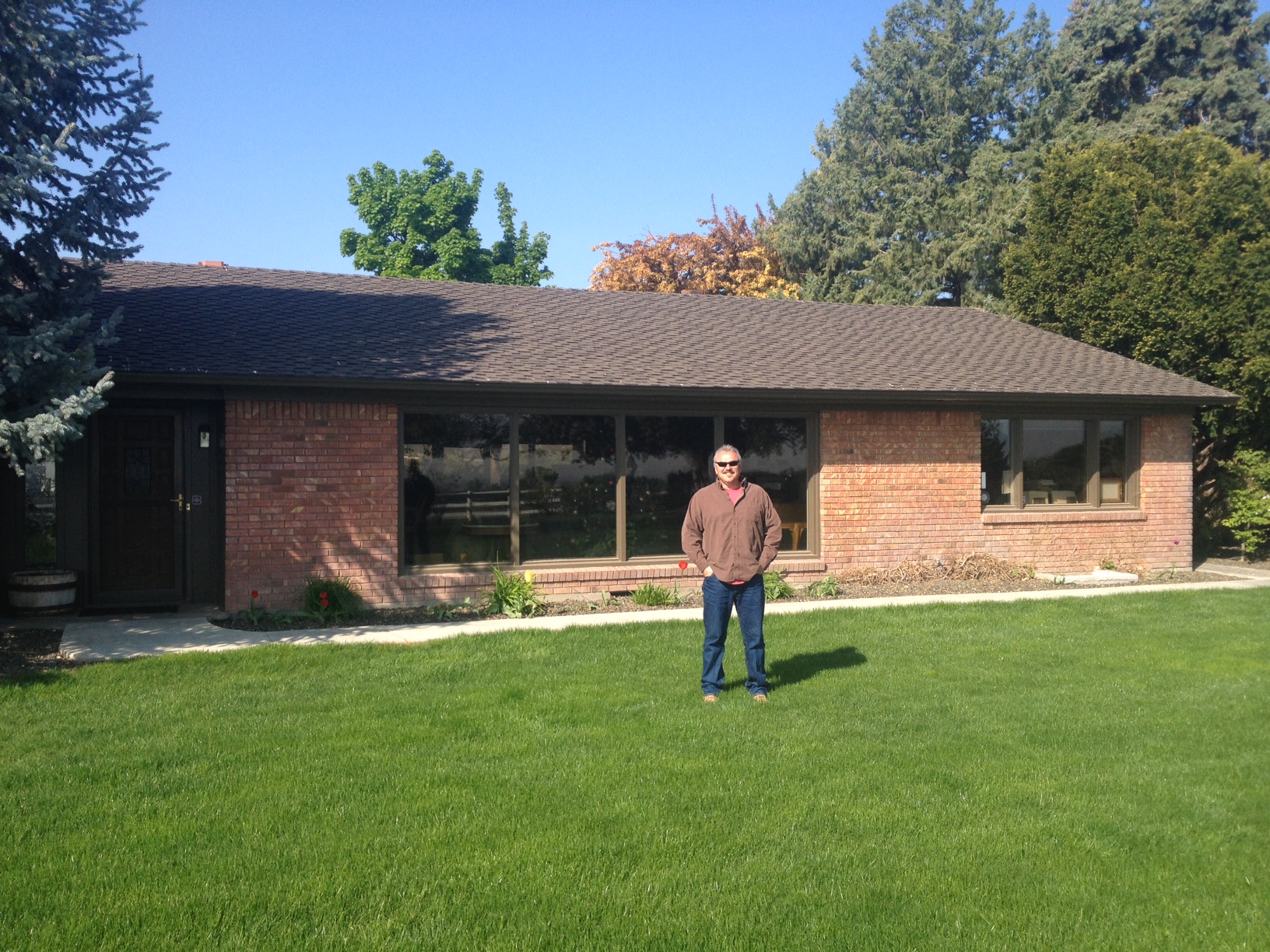 The picture above shows Ron standing in front of a home that features PABCO® Paramount Oakwood. The homeowner wanted a product that had the design and look of cedar shakes, but needed a Class A fire rating as the property is in a rural location. Therefore, PABCO Paramount was the perfect solution.

PABCO proudly supports JB’s Roofing as one of our Preferred Contractors and we welcome JB’s Roofing as our May Contractor in the spotlight. We value the support and friendship Ron has developed with PABCO, and look forward to his continued success in the future.

View more information on Paramount and our other Signature Cut Shingles.